Jon Blais and The War on ALS

Posted by dylangleeson on February 16, 2013 in Uncategorized |3 Comments

Over the fall I took the opportunity to read Chrissie Wellington’s book “A Life Without Limits”.  It was really interesting learning about her path to becoming an Ironman World Champion and also getting some insight into what it’s like training under the infamous Brett Sutton.  The biggest thing I took away from the book though wasn’t one of her stories but the story of Jon Blais.  I had always wondered why some pros would lie down stretching out their arms at the finish line of an Ironman and log roll across it.  It turns out that it’s in memory of “The Blazeman”, Jon Blais, and to inspire hope and raise awareness for ALS, or commonly known as Lou Gehrig’s disease. 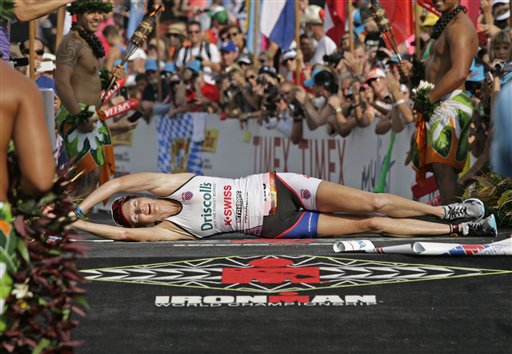 Jon Blais was a teacher of children with special needs who at the young age of 33 was diagnosed with ALS and told that he only had 2-5 years to live.  Being a multisport competitor it had always been a dream of his to compete in an Ironman, especially Kona.  On October 15th, 2005, only 5 months after being diagnosed with the disease, he had the opportunity to fulfill his dream of completing an Ironman.  Since his condition had worsened in the time leading up to the race he hadn’t been able to train.  His doctors told him he would have to be rolled over the finish line.  In 16 hours, 28 minutes and 56 seconds he became the first individual to date with ALS to complete an Ironman.  He rolled across the finish line in what is now known as “Blazeman” style and proved his doctors wrong.

Jon passed away in 2007, but his legacy lives on through the Blazeman Foundation For ALS run by his parents and supported by athletes all around the world.  You can find out more or donate by following the link below. 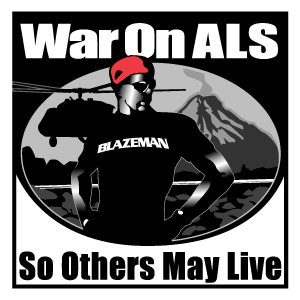 Jon was also a poet and I thought I would share his poem “Westward Bound”.  I’ve never been a big fan of poetry but this poem is something I’ll keep close by and read again time to time as it’s a great reminder of how we should all be trying to LIVE life.

More than your neighbors.

Unleash yourself upon the world and go places.

And bark at the moon like the wild dog that you are.

Understand that this is not a dress rehearsal.

This is it… your life.

Face your fears and live your dreams.

Yes, every chance you get…

And, by all means, whatever you do…

Get it on film.