Posted by dylangleeson on July 19, 2013 in Gear Reviews |No Comments

With all of the long miles I’ve been logging by foot lately in prep for what will hopefully be some PB’s in Calgary, Penticton and maybe even Las Vegas later this summer, I thought I should share one vital piece of training equipment that I use for all of my long runs and races.  Though it likely won’t make you go faster, I believe it plays a significant role in keeping me from slowing down.  What I’m talking about is my Nathan Hydration Belt. 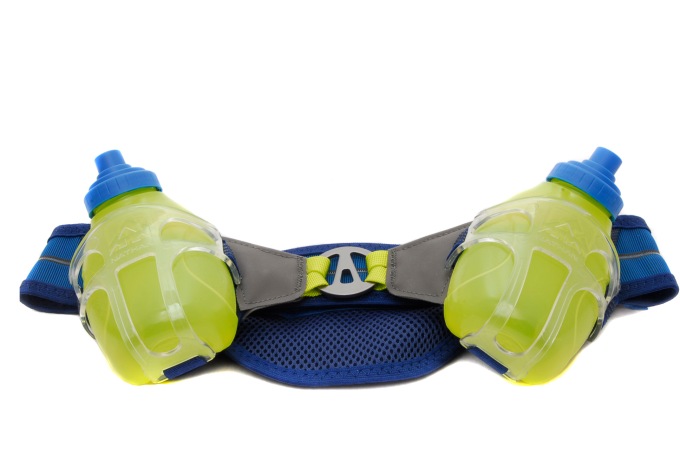 When I’m out for a long run, I don’t like to be restricted to only routes with water fountains strategically laid out along the way (washrooms is a completely different story).  I like to get off the seawall some days and run on the trails.  If you’ve ever done this on a hot summer day without water then you will probably agree it’s not much fun.  Your performance likely started to suffer and if you became really dehydrated you probably took longer to recover from it.  I don’t think I need to delve into the role fueling and hydration play with performance in endurance training or racing as it’s pretty self-explanatory.  I just wanted to share some of the reasons why I like having one of these around when I’m out for a long run exceeding an hour.

For starters I absolutely HATE running with anything in my hands.  I have a hard enough time keeping my shoulders relaxed as it is, the last thing I need to do is add a big bottle to the mix.  I know not everyone shares my resentment for running with a water bottle, but that’s just me.  This is why I opted to try a hydration belt in the first place. 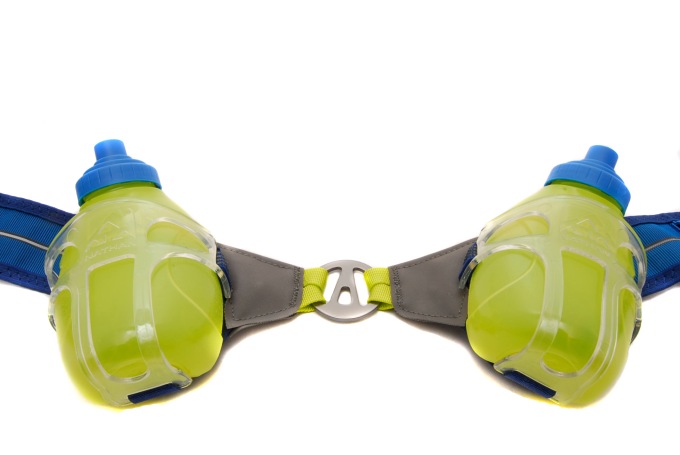 Often when I’m asked about my Nathan Hydration Belt, people’s impressions are that it bounces up and down, that the water sloshes around and that it’s uncomfortable to wear; the answer to all of those is no.  If you’ve never worn a hydration belt, then yes you will probably notice it for the first fifteen minutes that you run with it, but after that you’ll soon forget you’re wearing it.

Not only does the belt play an integral role in carrying water, but it also carries my PowerBar gels, salt pills, keys, ID’s or anything else I decide to shove into the pouches.  It may not make much sense to wear one of these in a race at first as there’s aid stations all along the way; however, if you like to use gels or carry your own nutrition it becomes a much more attractive option.  I’m sure most people will agree that gels on their own can be pretty hard to down, especially when you’re running.  For anything longer than an Olympic distance triathlon I’ll use my Nathan Hydration Belt and mix gels with water in the flasks, this makes fueling much easier to do.  Rather than gagging on a gel every 20-30 minutes, I can take a smaller swig from by gel flask every 10 minutes, then I just focus on taking water and grabbing ice at the aid stations.  This has proven very successful in my last two Ironman’s along with several other races and I’ll continue to follow this routine going forward. 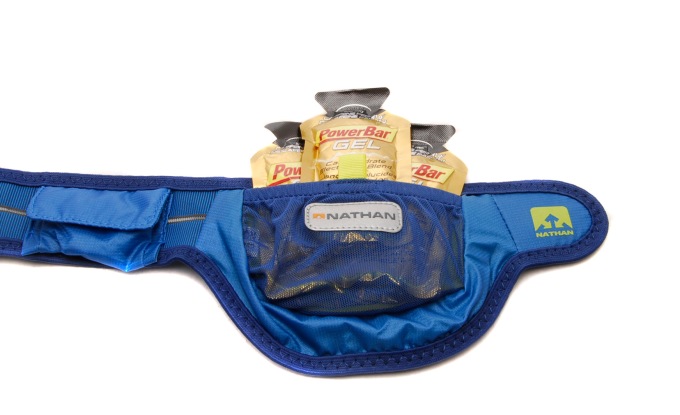 The belt I’ve been running in for the last month is the Speed 2R Auto-Cant.  It’s lightweight, carries two 8 oz flasks with race caps and is designed to move with the motion of your hips.  Having the race caps is ideal; it eliminates the need to fumble with a bottle lid like on a standard water bottle.  The Velcro waistband has a generous amount of stretch for a comfortable fit and also comes in a variety of awesome colours. 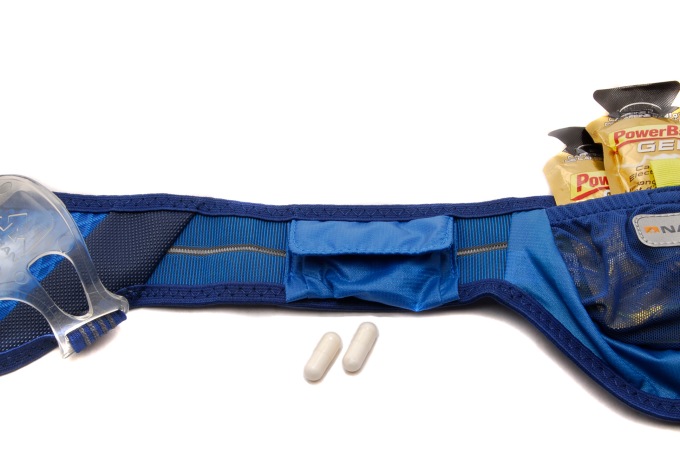 I use this pouch for my salt pills

The other belt I’ve been running in for the last year is the Nathan Speed 2.  This belt doesn’t have the Auto-Cant disc on the back like the Speed 2R Auto-Cant, but it fits just as comfortably without any bouncing or sloshing.  The updated version has two 10oz flasks and also comes in some bright colour options which I love.  Jenna’s been running in the updated hot-pink version for the last 6 weeks and likes it even more than last year’s model.  If you’re new to hydration belts, the Speed 2 would be my go to.  It’s been kept very simple and has enough storage for your needs. 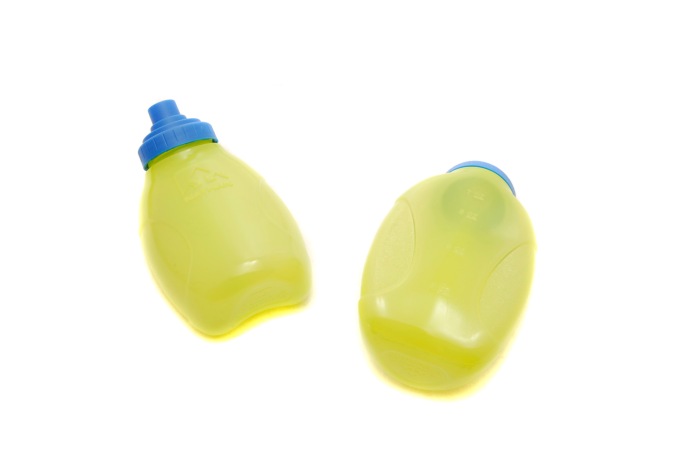 8 oz Race Cap Flasks, you can also purchase additional flasks on their own

On the North Shore, Nathan Sports products can be found at North Shore Athletics, that’s where Jenna picked hers up.  Nathan Hydration carries a wide variety of hydration products along with other accessories such as bags, elastic laces and even reflective gear for training at night among many other things.  Let’s just ignore the fact that I even mentioned anything related to training in the dark though, let’s hope that doesn’t happen for another three months at least!